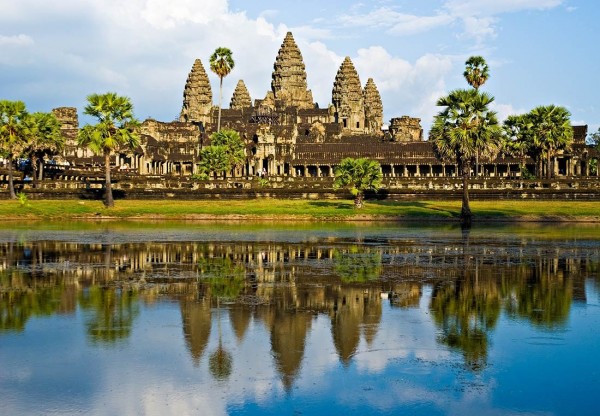 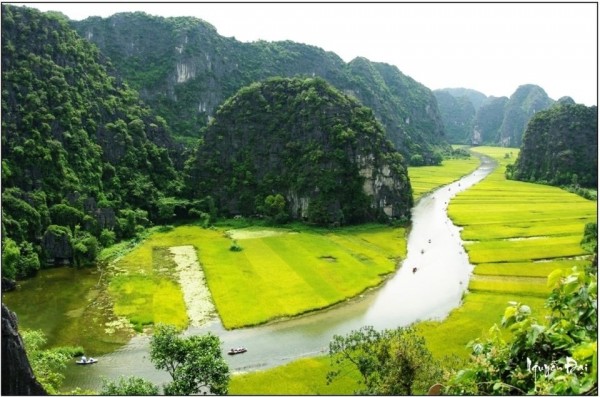 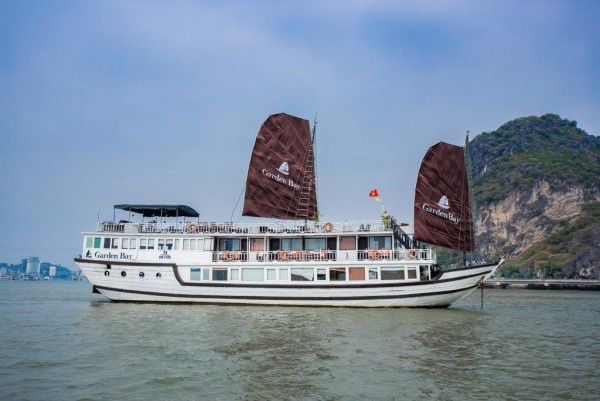 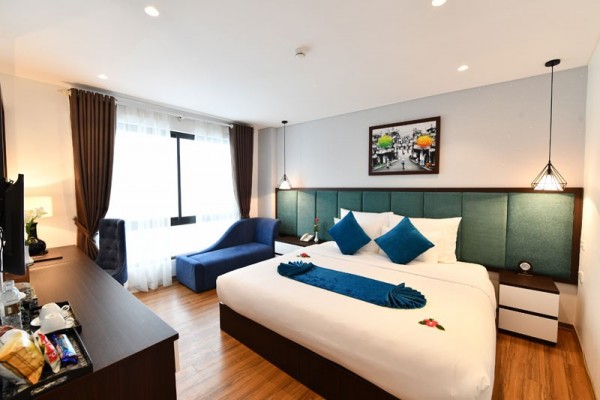 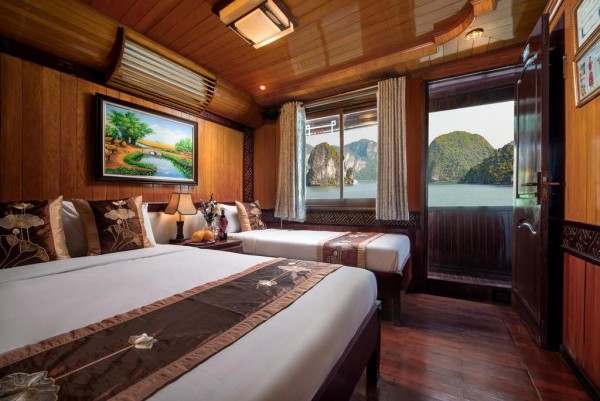 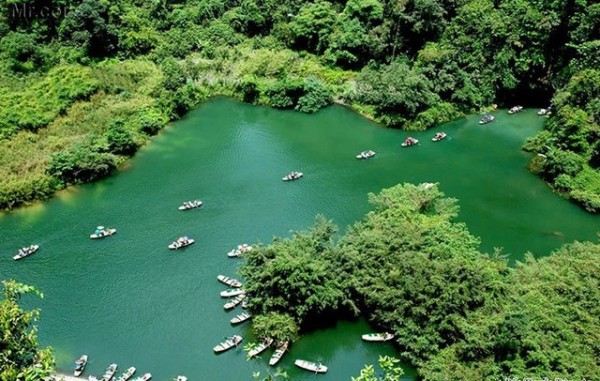 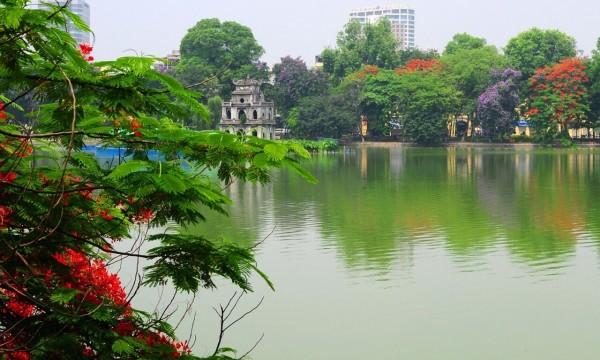 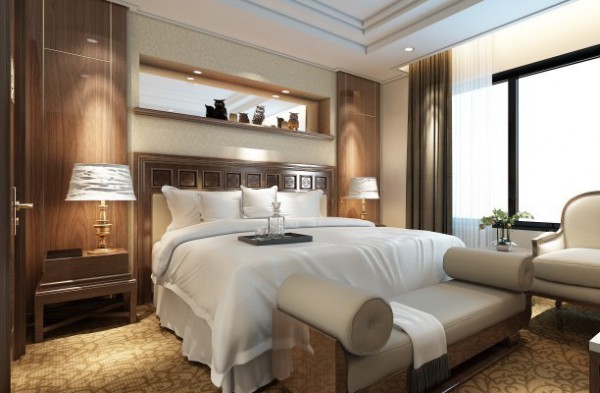 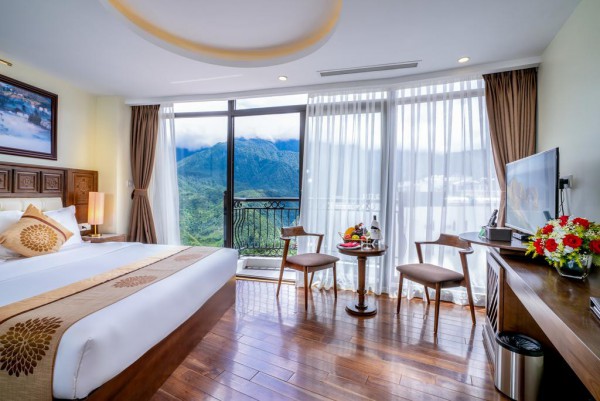 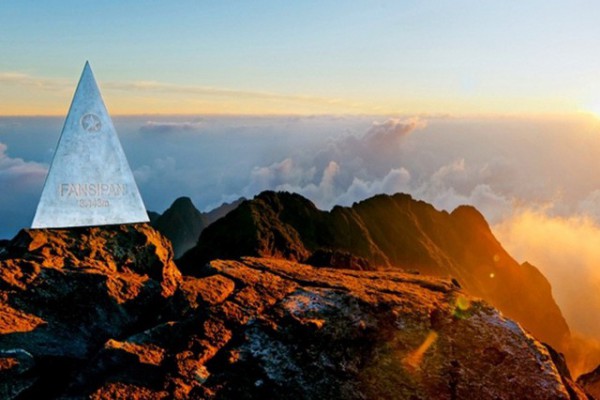 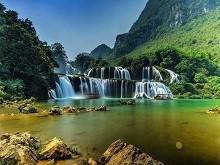 Vietnam is one of Southeast Asia’s most beautiful countries, attracting travellers to its lush mountains, bustling cities and golden sand beaches. Despite rapid modernisation in Vietnam’s urban centres of Hanoi and Ho Chi Minh, time-honoured traditions remain intact amongst the locals. There are numerous ancient landmarks and colonial structures that have survived throughout the bumps and scrapes of history. Buddhist shrines can be found next to towering skyscrapers, where you can experience vibrant festivals and ceremonies dating back hundreds of years. Long, sandy beaches are home to luxurious resorts and fine-dining venues, making them ideal romantic getaways, while expansive rice terraces on the hills make for excellent hiking excursions. Whether you’re planning a historical tour of Hanoi and Ho Chi Minh, a relaxing beach break or simply want to escape the bustling city life, our Vietnam travel guide caters to just about any holiday preference.

THE BEST TIME TO VISIT VIETNAM

Our guide to the best time to visit Vietnam including what to expect of the seasons alongside an overview of the festivals and events held each year.

The weather chart shows the average daily minimum and maximum temperatures in Celsius and the average monthly precipitation.

FOR THE BEST WEATHER ACROSS VIETNAM VISIT BETWEEN FEBRUARY AND APRIL

When is the best time to visit Vietnam?

Opposing monsoon seasons in the north and south of the country mean that the climate in Vietnam can be quite different from one region to the next. If you're looking to cover as much of Vietnam as possible in one trip then the best time to visit is between February and Aprilwhen the weather is dry and bright across the entire length of the country.

Vietnam has a highly variable climate that's best explained by dividing the country into three distinct regions - the north, central and the south. These regions experience two distinct weather patterns - the northern part of the country has four seasons (spring, summer, autumn and winter) while the southern half has just two with the wet and dry seasons.

The north experiences the northeast monsoon between the months of November and March, which brings great swathes of mist to popular areas like the rice terraces in Sapa and the karst limestone outcrops of Halong Bay.

Despite this being labelled the monsoon season, ironically, Hanoi is at its driest in December and January. Though temperatures do drop so be prepared for chilly nights. Hanoi also experiences the majority of its rainfall in July and August and these are not great months for hill tribe trekking around Sapa.

The best time to visit the northern regions of Vietnam is between October and December when the skies are clearer and there's less rainfall. During these months there's also a break to the high humidity of recent months. March is another great month to travel around northern Vietnam.

Central Vietnam’s coastal areas, which includes Hoi An, Da Nang and Hue, benefit from the protection of the Truong Son mountain range. This region escapes a lot of the rains from the southwest monsoon between April and September thanks to these mountains, which means you can expect sunny days during these months.

Unfortunately, the mountains don't protect these destinations from the northeast monsoon, which falls between September and December, coupled with typhoons from the Western Pacific. Flooding has been known in certain areas such as Hoi An during these months.

The best time to visit central Vietnam and its lovely beaches is between April and August when you can expect sunshine and blue skies with pleasantly hot temperatures. Around Dalat and the highlands rainfall starts to increase around June, so April and March are the ideal months for trekking in this particular area.

Southern Vietnam (Saigon and the Mekong Delta) benefits from a long dry season between December and May when the skies are clear, the landscape is lush and the Mekong Delta is calm. The monsoons arrive towards the end of May and stay until about November.

Monsoon showers are generally short and sweet and shouldn’t deter you from travelling. If you’re in Saigon during these quite spectacular showers, you’ll be wowed by how quickly the water dissipates due to very impressive drainage and then it’s blue skies again.

MAP HIGHLIGHTING THE BEST TIME TO VISIT VIETNAM BY REGION

Best Time to Visit by Region

Stretching over 1,000 kilometres in length, Vietnam is a vast country that sees huge regional diversity in its climate. Here we take a closer look at the weather patterns in some of the country’s most popular destinations.

The best time to visit Vietnam’s beaches depends on which area you want to go to. Though as the best beaches stretch from central to southern Vietnam, there's always a good beach break to be had no matter what season you are travelling in.

The beaches around Danang and Hoi An on the central coast are warm year-round, with temperatures peaking during the summer months of July and August. The dry season runs from February to July, with August to November seeing rainfall increase and the potential for a typhoon to hit.

Phu Quoc, on the other hand, is best avoided from July to October due to rainy and wet weather. Whilst Mui Ne generally experiences less rain, its rainy season lasts from June to September and brings light afternoon showers. Con Dao is hot and humid throughout the year, with heavy rains from July to September.

The Vietnamese calendar follows the patterns of the moon and differs to the Western year and during a year a number of festivals and events take place from quiet visits to ancestral altars to vibrant nationwide celebrations. Here's our pick of some of the best festivals and events.

The lunar new year in Vietnam is one of the most important festivals with celebrations starting a week before the date. Families gather together to indulge in eating and drinking of specialty foods and welcome in spring with a clean of the house and a new haircut. At midnight on the New Year people hit the streets to make as much noise as possible with firecrackers and drums.

This annual event pays homage to the Vietnamese monk, Tu Dao Hanh, who lived at the Thay Pagoda, located 30 km southwest of Hanoi in the shadows of the Sai Son Mountains. The day begins with worship with games and water puppet shows held in front of the temple later in the day.

Also known as Reunification Day, this public holiday marks the day the Vietnam war ended with the liberation of Saigon (Ho Chi Minh City) back in 1975. Events are held throughout the country though Hanoi sees some of the most interesting parades, performances, local festivals and firework displays.

This festival commemorates the national hero Saint Going, one of the four immortals of Vietnam who defeated the An invaders. Held annually in Phu Dong Village outside of Hanoi, a large and colourful procession moves from one temple to another culminating in a feast and opera performances.

Observed on the 3rd September to commemorate the Vietnam Declaration of Independence from France back in 1945, this public holiday often involves firework displays, especially in Hanoi's Ba Dinh Square where people gather to celebrate.

Also known as the Full Moon Festival as it falls on the night of a full moon, this is one of the Vietnam's most entertaining festivals, especially for children who celebrate with toys, cakes and candies including moon cakes made with delicious fillings. During the day dragon dances take place in the streets and in the evening lanterns are lit and released into the night sky.

This religious festival is held by the Kho Me ethnic minority group in Vietnam to worship their moon god in hope of a successful harvest and good health. Dishes of food are presented in shrines and temples, paper lanterns are released into the sky and traditional Ngo boat races take place on the river.

To help plan when to visit Vietnam here's an overview of the 2018 calendar:

There's also a number of national holidays in Vietnam and on these dates many businesses and some tourist sites will close for the day so plan your visit accordingly.

Museums in Vietnam are closed on a Monday.

In Hanoi the Ho Chin Minh Museum is only open in the morning from 8am to 11.30am and closed on Monday and Friday.